Tiktok is where I have my biggest online presence. With over 1 million followers and 25+ million likes, I create sketch comedy shorts on the platform that entertain millions of viewers online on a weekly basis. 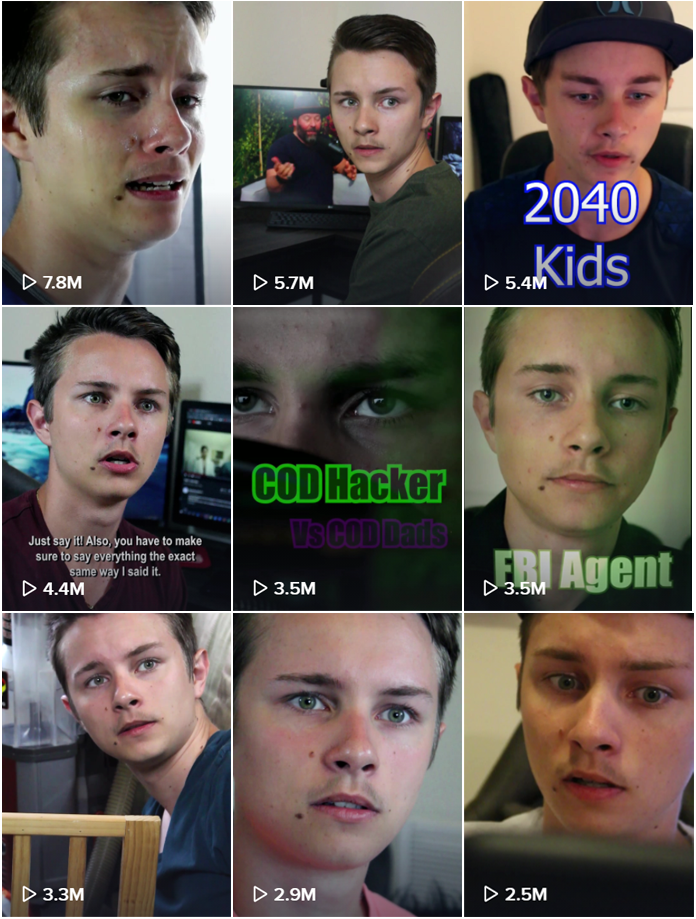 During the era of a fictional world war between the United States and North Korea, where the battle is taking place in the land of Liberty, we follow in the perspective of a band of stray run-away kids trying to avoid being drafted into the war. In this point of view, the group faces many threats along their journey to search for supplies. They learn a valuable lesson about fighting for your country rather than running away.

From 7th grade to 12th, I participated in 7 film festivals and won 7 first-place awards and 2 best-of-shows. I directed, edited, wrote, and acted in all of them.

I was obsessed with visual effects and computer generated simulations during high school. Smoke simulations grabbed my attention the most because of how powerful smoke, fire, and explosions can be in a cinematic film. I wanted to learn how to utilize it. After years of perfecting the simulations, I'm pleased with this result. The simulation took 30 hours to render. I used Blender 3D to simulate and render the volumetric smoke.

Fracture simulations really grabbed me early on. I wanted to learn how people created these huge CGI shots in films where a bridge collapses or a structure explodes. This simulation had 5000 individual fragments and took 8 hours to render inside of Cinema 4D.

I wanted to take a jab at making a seemless, looping render with a bunch of simulations occuring in it. I also added spatial stereo audio. For instance, when the fire is near the camera, the audio will mostly play out of the right speaker. I was pleased with the results after it finished rendering. The render took 18 hours.